The Congo Virus was first traced, in 1946, in Crimean and later in Congo. It was then named Crimean Congo Virus. Crimean-Congo hemorrhagic fever is life-threatening disease caused by Nairovirus of genus Bunyavirus caused by tick bite of Hayalomma species or by direct contact of the blood/sera of the patient and animals suffering from this disease. Epidemics have been occurring in Balochistan province of Pakistan and neighboring Afghanistan and Iran from time to time with high mortality. Because of the virus, the infected person suddenly becomes ill with fever, dizziness, neck pain, aching muscles and stiffness, and recurrent headaches within a few days. Soon, after vomiting and diarrhea have set in, the volume of blood platelets falls, causing the blood to be unable to clot properly. The bleeding then begins from the gums, from under the skin, in the nose and other natural orifices. Without treatment, a patient can literally bleed to death. Victims usually die within two weeks of infection.


Introduction of the disease in Pakistan


In Pakistan it was first detected when a surgeon of Rawalpindi General Hospital, Abdul Mateen Siddiqui, had infected while operating a patient. The doctor, ward boy, patient and his father all had died in a single incident. In the year 2000, most of the VHF infection cases occurring in Pakistan were from Balochistan province. However, few cases were reported from NWFP and Sindh provinces.


Transmission and out break


It is likely that CCHF virus was transmitted by physical contact with cases or their body fluids in the Quetta outbreak. Airborne transmission is even more unlikely. The possibility of airborne transmission in animals has been noted and used to justify protective measures. Percutaneous exposure posed the highest risk of transmission, which is consistent with data on other viral hemorrhagic fever (VHF). However, current VHF management guidelines recommended caution with body fluids such as blood, excreta, vomit, sweat and saliva especially for patients with respiratory symptoms or in latter stages of illness characterized by vomiting, diarrhea, hemorrhagic and shock.

That fatal fever can be controlled if diagnosed in the initial phase and can even be treated by administering the anti-viral ribavirin drug. Since the country lacks diagnostic facilities on viral diseases, a doctor should be able to distinguish Congo fever with the ordinary fever, so that he or she puts the patient on the medicine. Majority of Pakistan\'s general practitioners, however, are not trained to make clinical diagnosis of Congo fever, whose initial symptoms resemble that of ordinary flu.


The government of Balochistan established a CCHF treatment center at Fatima Jinnah Hospital Quetta after confirmed reports of death of few cases suffering from illness like CCHF in Pishin District. The doctors, paramedics, health workers and general public were informed about the significance of early detection and treatment of this disease through media, advertisement in local newspapers and with an advice to refer all such cases to the center for free treatment.


Ribavirin is a costly medicine, which cannot be afforded for every patient in Pakistan. Ribavirin has been shown to have activity in-vitro against CCHF virus in concentrations as low as ug/ml5. The intravenous preparation is recommended for treatment of viral hemorrhagic fevers and oral form for post exposure prophylaxis. Oral Ribavirin was also shown to be effective in patients with less severe disease. 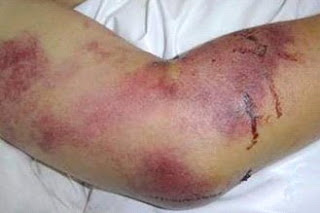 CCHF mainly occurs in remote rural communitiesand it was a rare disease in Pakistan but now it is spreading in different drought affected areas of the country and the virus also has access to the cities through animals.


The doctors say that minimum mortality rate in CCHF is 60 per cent. The treatment of the disease is very expensive, and one course of anti-viral drugs costs $ 100 and the course of injection costs $ 10,000. The injections had been administered to every suspected patient, which were provided by National Institute of Health (NIH). The tests for the detection of the disease are very expensive and the facility is not available in Pakistan. The South African Laboratories testing is considered extremely reliable and the World Health Organization (WHO) only accepts the tests from South African P-3 laboratories, which are considered best in the world. 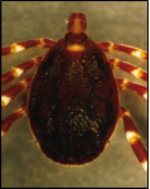 Article Source: http://www.articlesbase.com/environment-articles/crimean-congo-hemorrhagic-fever-cchf-4319706.html
About the Author
Author is the president of the Society of Animal, Vet. and Environmental Scientists (SAVES). Author had been working on the issues of the dry lands and indigenous livestock breeds. The author have the experience of livestock keeping, breeding and healthcare with both indigenous and modern knowledge. He had been working with the pastoral people for last 10 years, while motivating livestock keepers for their rights and access to grazing lands under the patronage of SAVES. Ahthor had been delivering training to the livestock keepers in remote for vaccination, drenching and other valuable practices. He is the author of the Pashtoon Bio-cultural protocol, which serves for the rights of the pastoral people under the ABS and work for the implementation of the Article J8 of the CBD. He is also the author of the indigenous livestock breeds, livestock production systems of the tribal people and indigenous knowledge in Balochistan province, Cholistan and Thar Desert of the Great Indian Desert. He had been traveling with the Afghan nomads (Kochis) to work and document their indigenous knowledge of livestock husbandry.

Author organized camel scientists and herder in Pakistan and founded Camel Association of Pakistan. Recently in Jan. 2010, we organized 3 days livestock keepers meeting under the patronage of SAVES and discussed the Pashtoon Bio-cultural protocol and organized an organization with the name of Indigenous Livestock Breeders Association (ILBA).
He has already presented many international research presentations at various occasions.Dr Abdul Raziq had visited many countries and research stations.

Posted by Fighting with the Desert Storm at 9:49 AM