Agricultural development and role of Media


Agricultural development and role of Media


The journalist\'s job is not to be the public relations tool of the development organization, of the Ministry of Agriculture or of the farmers\' organization. The journalist\'s job is to find and tell good stories from the fields and farmer communities. Journalists are not specialists in agriculture. The journalistic skills and use of those skills can bring information to the wider public. Traditionally the use of the media has been about communicating research messages when there are success stories in particular. But journalists have the potential to be more of an agent of changes themselves. They are in quite a unique position, potentially being the voice of policymakers, the voice of farmers, the voice of researchers. So they potentially can be quite a powerful catalyst for change.


The essential role of the media is to create opportunities for farmers to express themselves directly on the air: this is the only way that they will have a say and therefore participate in the decision process. The journalists need some training for reporting the issues of agriculture and rural development but unfortunately it is not a custom in many developing countries. In many countries, journalists are not specialized as agricultural journalists or any particular discipline. So I think that scientists should play a more active role in simplifying their research findings, making it easier for the journalists to interpret and report on such agricultural research.


With a good and ground knowledge about the agriculture and farming communities, a journalist can act like a catalyst in the field of agricultural development. It is very unfortunately that very few media people know about the alarming issues like food security, biodiversity and climate change affects. We know that agricultural extension is almost dead in many countries, so farmers have to depend on the media to deliver information. Secondly the media can also provide a platform through which the farmers can engage with policymakers, so that their perspectives can be taken on board. Thirdly the media can also profile the work of farmers so that lessons and experiences can be shared.


I would say their essential role is as a catalyst, to facilitate a link between farmers and scientific information. This information is available but it does not circulate. Why? Because the media does not know that this information exists and the farmers don\'t have the tools to access it. You have to ensure that all agricultural projects have journalists or media people as stakeholders in the process, and that provision should be made for them, like you make provision for other members of the team. The media needs to be engaged more as a partner at the beginning, during the work and at the end and not as a special invitee to events, seminars and openings.


One of the major challenges is resource constraint. If the media have to go to the rural areas to cover agriculture, it is very costly. I think the other major problem is really that of capacity. The media are not built to fully understand this complex issue that we are dealing with i.e. agriculture and rural development. I think the essential constraints are the lack of resources for the media, but it is not only a question of financial reward. The journalists are not specialized enough: they do not know rural issues and are not close to the farmers. 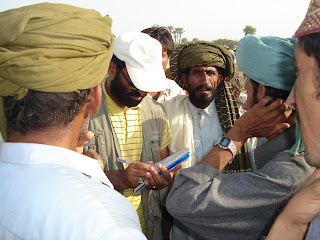 It could be useful to train more reporters in local areas because it is a big constraint for reporters that they cannot travel to certain places. So that instead of people travelling, people could just connect to reporters at a local place, maybe by phone or through the internet. We need to have more forums where the media engages with the policymakers, because policymakers don\'t usually understand the role of the media. They think the media is just supposed to be public relations, whereas our role is more than that. I would say that the national governments should promote rural and agricultural development in a more active, concrete way e.g. to give the necessary equipment and financial rewards to the media, to go and report on agricultural subjects.


Many times journalists just report and report. If someone come and get a story from a farmer, he will give a very good story. Tomorrow another person will come and if he doesn\'t see returns farmer will say you are wasting my time. So we should make sure there is a feedback to the farmer and not just to extract from them. Sort of like a win-win situation. In short media can play a key role in the agricultural and rural development. Media people should come forward and raise the issues related to the agriculture, food security and climate change affects.


Article Source: http://www.articlesbase.com/journalism-articles/agricultural-development-and-role-of-media-4292613.html
About the Author
Author is the president of the Society of Animal, Vet. and Environmental Scientists (SAVES). Author had been working on the issues of the dry lands and indigenous livestock breeds.

Posted by Fighting with the Desert Storm at 9:50 AM