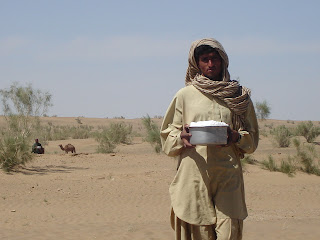 Dr Abdul Raziq
Camel had been playing pivotal role in socioeconomic life of its breeders. Camel is highly admired throughout the histroy. This precious animal is unique of its kind and highly useful in desert and steepy terrians of the world. Camel is even highly praised in the religeous beleives and highly appreciated in the holy books.


In holy Quran it is said 'Do they not look at the Camels, how they are made?  And at the Sky, how it is raised high?  And at the Mountains, how they are fixed firm? And at the Earth, how it is spread out?  In these honored verses, Allah (Praise & Glory be to him) surpassed the camel upon all other living creatures, and made the contemplation of how it was made prior to raising high the sky, fixing firm the mountains, or spreading out the earth. In this honored verse, the Creator, who knows the secrets of his creatures, advises people to think and contemplate in creating camels as a creature witnesses Allah\'s glory, power and planning.


The Arabs believe that only the camels know the one-hundred name of God, means that the human being knows 99 names of Allah and 100th name is only known by camel. The Prophet Muhammad (PBUH) delivered his last sermon, which is considered the Charter of the Humanity, while sitting on a camel called Qiswah. Prophet Muhammad (PBUH) will be sitting on a camel while entering Jannah and Hazrat Bilal (RTA) will have the Mahar of the camel, leading camel to Jannah.


Camel has itself all the capabilities, which are scattered in all the other known and useful animals. Every product of camel is useful. Even urine and faeces are valuable. Camel urine is used for medicinal purposes, otitis (ear infection), ascities (water belly) etc, and faeces is used as organic manure and fuel. The long bones of camel are used by jewelers in some Arab and African countries. The camel rearing communities have very firm links with camel culture, e.g. camel racing and dancing are very common.


Some of the many known and unknown qualities and significances of camel are presented in the ensuing lines.


Besides above mentioned peculiarities, camel is always neglected among the policy makers. It attributes are never praised and no visible effort has been done for its development. Camel can be a good tool in the global environmental changing scenario and food insecurity situation. Camels are very much under threat and up to 25 of the camels are vanished in the last decade, especially in Asia. Only 2010 thousands of camels were dead because in Afghanistan, Pakistan and India of a new respiratory camel disease. In spite of many cries by the author and other friends no positive response was attracted. I hereby appeal the international bodies like FAO, IFAD and other organization to give proper place to camel in international policies for agriculture.


Article Source: http://www.articlesbase.com/nature-articles/a-unique-and-fascinating-creature-the-camel-4217611.html
About the Author
Dr Abdul Raziq, PhD in camel breeding and production. Author has been the part of international forums working on the livestock and agriculture issues. He is the president of the Society of Animal, Vet. and Envrionmental Scientists. The author is working for the LIFE Network also, which struggle for the rights of livestock keepers at global level.

Posted by Fighting with the Desert Storm at 8:51 AM 1 comment:

Season of Camel Fairs in Pakistan 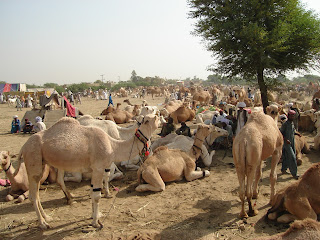 Camel plays very pivotal role in the sociocultural and socioeconomic life of its herders throughout the world. Pakistan is the home of almost one million camels belong to many diverse breeds. There are three main habitats of camel in the country, i.e. desert, plain lands and mountains. The camel in the above three ecosystems are very diversify from each-other and among themselves in the same habitat. This difference makes a beautiful biodiversity of camel in the country and making more than 16 breeds of camel. Pakistan is rich with camel culture and every tribe of camel keepers know all the attributes of their type of camel. At the end of their camel year, they celebrate camel mela or fair in many parts of the country. Such melas are the best place where the camel herders meet and share their experiences and situation. Thousands of camel are bring and these melas are use as a unique and major market place for camel business. Such fairs are mostly link with some spiritual or religious rituals and the camel herders link camel with spirituality.
Here below are the names of the famous melas of the country. Most of them are held in the months of October, November and December.

The most important camel events at country level in Pakistan are;


These events provide a noble chance for camel stake holders to meet and enjoy different events like folk music, camel dance, racing and camel fighting etc. The same events are the key business points of camel.
The government support is very limited in these cultural events. There is always lack of facilities, especially water sources are very scarce. 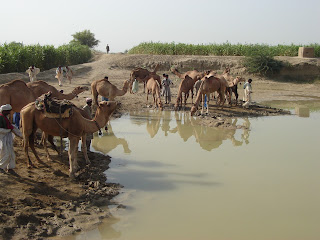 Also, some people bring camels with some epidemic disease which causes havoc losses.
Being the organizer of Camel Association of Pakistan (CAP), I hereby appeal government to please take interest and help the camel herders and pastoralists. Also, these events can be good sources of revenue generation if tourists are attracted.

Posted by Fighting with the Desert Storm at 4:43 AM No comments:

Illegal camel export threatening camel population in Pakistan
Pakistan is the cradle of animal genetic resources, camel is one of the most special. Pakistan is home to more than 20 breeds of camel, living in different types of habitats and ecosystems. Camel provides food and livelihood to millions of people and live in harsh and hostile regions of the country. Camel is facing many problems and threats, all are man-made. 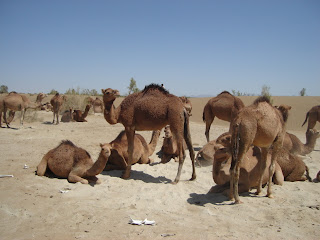 Illegal camel export is one of the major threat to camel population in Pakistan. Thousands of camel export to Iran and Gulf countries illegally and very inhumane. There is severe shortage of meat in country but this precious and healthy source of meat is going without any hurdle and difficulty. Though there is ban on live or meat of animals but it is continue under the eyes of the administration. Here is the link of a short video clips, loading camels in a big loading truck to export to Iran. The situation is eyes opening.


A unique and fascinating creature! the camel
Posted by Fighting with the Desert Storm at 1:20 AM No comments: